Street Outlaws and No Prep Kings racer Kye Kelley is back with the original shocker Camaro. The Shocker Camaro took on new comer Justin Swanstrom in his procharged Lexus. This is the first time the shocker camaro comes back after its crash testing on the streets of south Texas. The Shocker Camaro was being tested by David Gates and the street proved to be too much and the car was totaled. After six months and at the chassis shop Larry Jeffers, the car is back. The shocker camaro looks amazing in person but it still needs to be a proven car against some of the fastest no prep cars in country. Justin Swanstrom is one of those cars and looked to spoil the shocker camaro’s return to racing. Check out the video for all the action and for more no prep action we cover follow our social medias at:

SHO’NUFF is Flexing! We need to solve it fast! Beater Gets Safe!

🏅 The Kings of No Prep: Screw-Blown, ProCharged and Nitrous-fed monsters of NPK | HALTECH HEROES 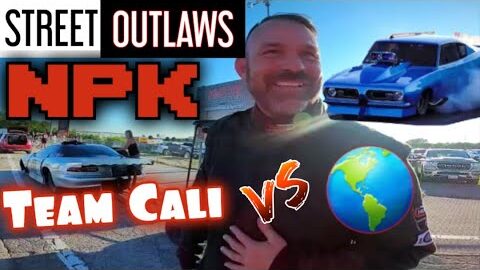 California Racers vs Badfish at No Prep Kings!