The winningest Top Fuel driver in NHRA history returned to the winner’s circle on Sunday afternoon at the NHRA Northwest Nationals, the final event of the three-race Western Swing. Tony Schumacher’s Seattle victory was his first since returning to full-time competition ahead of the 2022 NHRA Camping World Drag Racing Series season, fifth at Pacific Raceways, and 86th overall. Making the victory extra sweet, the hard-fought triumph allowed him to deliver a Wally trophy to Joe and Cathi Maynard in their debut weekend as team owners after Don Schumacher Racing announced the Maynards would be assuming a majority ownership stake in the team last Sunday.

Aboard the DSR Performance-powered Okuma Top Fuel dragster, Schumacher kicked off his Seattle campaign by clocking the third-quickest run of the weekend’s first qualifying session before posting the second-quickest pass of the third round to earn the No. 3 qualifying position, his highest-seeded start to-date in 2022. On Sunday, Schumacher battled tricky track conditions to defeat Scott Palmer and fellow world champ Shawn Langdon before outlasting Justin Ashley in a wild pedalfest to reach his 155th final round. Against current Top Fuel point leader and arguably, the category’s toughest challenger, Brittany Force, Schumacher’s quick reflexes allowed him to nab the starting line advantage. His 11,000-horsepower machine started dropping cylinders early into the run, but Schumacher was able to hang on and power the Okuma dragster to the finish line stripe first for the win while Force fought traction issues in the opposite lane.

“This was a fantastic weekend, and talk about perfect timing,” said Schumacher from the Pacific Raceways media center following the momentous win. “Joe and Cathi Maynard, along with their partners Eric and Kim Lehman, buy the team with my dad, and here we go out and qualify third, which is our best qualifying performance by far all year. We’ve been struggling. We were having a tough time this year, a lot of awful luck, but we dug deep, worked hard, and made some big changes, and it paid off.”

Joining Schumacher in the media center was Joe Maynard, who has been vocal about his intentions to preserve and build upon DSR and Don Schumacher’s drag racing legacy.

“Cathi and I are so passionate about this sport, and the first drag race Cathi ever saw was Tony Schumacher driving past her at 330-miles-per-hour, and she has been hooked ever since. That was 15 years ago. So, fast forward to 2020, we contacted Don Schumacher to get started with the team, and like I’ve said before, Don gave Cathi and me an opportunity to live out a dream,” said Maynard, who gets to enjoy the unique bragging right of being able to claim he is undefeated as a team owner after his first weekend at the helm of the Okuma Top Fuel team.

“Tony has been our favorite driver for a long time,” added Maynard. “We love drag racing, we have that Maynard family spirit, and that’s why we’re here.”

By picking up his 86th career victory, Schumacher further cemented himself as one of the sport’s ‘greats’ by surpassing Pro Stock legend Bob Glidden’s 85 wins, which makes Schumacher the fourth winningest driver among the NHRA’s four professional categories. Additionally, by scoring his fifth Seattle victory, Schumacher has tied Top Fuel icon Joe Amato for most Top Fuel wins at Pacific Raceways.

Prior to powering to the win on Sunday afternoon, Schumacher’s last victory occurred during the 2020 Houston race before sitting out the 2021 season. It’s no secret that the Okuma team has struggled to find their footing through the first half of 2022, but Schumacher is confident the team has turned a corner and will continue to make headway as they attempt to secure a position in the Top 10 before the conclusion of the U.S. Nationals, the final event of NHRA’s ‘regular season.’

“Coming into this race, we found ourselves 12th in points, 100 points out of the Top 10, and you get down to where there’s four races left before the playoffs start, and you’ve got to perform,” said Schumacher who moved up one position to 11th on Sunday, and is within 10 points, or one round win, of Clay Millican, who occupies the No. 10 spot.

“We went out today and got that first round win, and we were excited, and you look at that ladder and you’ve got Justin Ashley, Langdon, Brittany, and it’s like, what are you kidding me? This was not an easy one by any means. These guys are all great; they’re excellent on the starting line, and they all had lane choice. So, to be able to go out there today and have a race day like we had, it’s just exciting. It’s good for the sport, it’s good for Joe and Cathi Maynard, it and was good for my guys. It’s a tough sport, you’ve got to be able to overcome adversity, and when you have days like today, it’s a beautiful, beautiful thing.”

For the Maynard Family Racing team, Schumacher’s 33rd annual Flav-R-Pac NHRA Northwest Nationals triumph will go down in the books as victory No. 1, and extends Don Schumacher Racing’s unprecedented win count to 367. 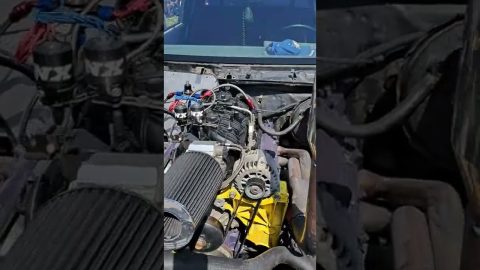 6 views · 23 hours ago
Generated by Feedzy